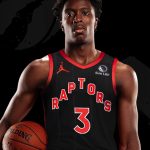 The Toronto Raptors made an official announcement this morning and revealed three of the five new uniforms they will wear at the end of the 2020-21 NBA season. As we’ve seen over the past few weeks, the new look features a V-shaped redesign based on the red and white “NORTH” uniforms worn during the 2019 NBA Championship. While these uniforms will be worn relatively sparingly (officially known as “earned” uniforms), these new designs will be all-weather. Fortunately, they also read “Raptor” on the front, not “North.” The jerseys pay homage to Canada with the chevron logo, which was first introduced […] 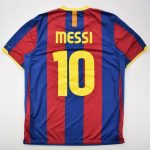